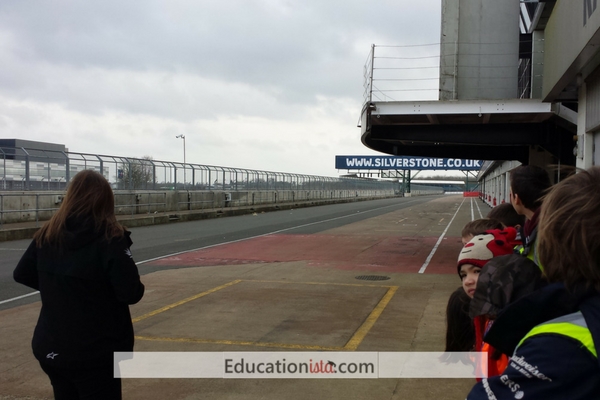 The Silverstone Circuit, owned by British Racing Drivers' Club, is home to the British Grand Prix and MotoGP.  A quick google search revealed that they offer education visits.  After a few exchanges of emails with Victoria, their education officer, we were all booked in.

We arrived for a 10am start, we assembled in one of their function rooms and were met by Victoria herself.

After introductions, everyone got on the coach for the start of the 2 hour tour of the circuit.  (A coach with a PA system is an essential requirement for the tour element of the day)

Victoria provided an informative running commentary throughout the drive around the circuit (she also directed the coach driver on where to go and where to park up).

We stopped at Race Control where we saw the control room (surprisingly small, given the size of Silverstone circuit) and gained some insight into what different people would be working at in there on race day.  We also heard about some of the history of the circuit and it's origins dating back to the 1940s.

We saw the pitstops and team garages (which are actually rather bare when there are no events on).  However, during Formula 1, Silverstone is the busiest airspace in Europe.  It's licenced for 52 cars in a race and there are 80,000 seats in the grandstands.

We also had a photo opportunity at the podium.  The day we happened to visit was the windiest day of the year (or at least, that is how it felt).  If you do the tour in Oct - March, wrap up very warm.

At the end of the tour, we said goodbye to the most enthusiastic coach driver I've ever met.  (We assume he was a motorsport fan or perhaps it was just a welcome change from a day spent waiting around in carparks)

We ate our packed lunches in the function room where we had originally gathered.  Immediately after lunch, Victoria returned and led the afternoon workshop.

The motosport themed workshop was very hands-on.  The students made a cut-out race car, powered by elastic bands.  At the end, they were able to race against eachother. 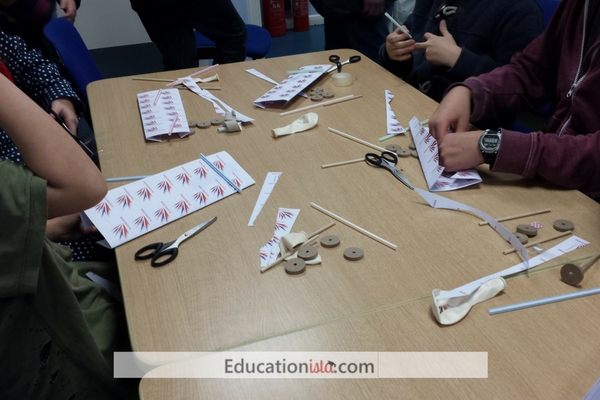 Victoria rounded off the day with a closing few words and everyone received a Silverstone circuit keyring.

All the staff that spoke to us were enthusiastic and knowledgeable.  The tour was superb and especially suitable for those with an interest in automotive and motorsport industries.  The workshop, while good did not showcase Silverstone's stature in the motorsport and automotive areas, and was completely outshone by the tour.  It might be that the business/marketing workshop would have better highlighted Silverstone's unique position as the centre of British motorsport and as a hub for automotive innovation.

Our day cost £350 plus VAT  This included the tour and workshop.  (The other workshop option was a business studies/marketing workshop)  We booked two separate days (one at age KS2/age 7-11 and the other age KS3/age 11-14).  On each day, we took approximately 25 children and 10 adults.   We had to hire a coach separately. 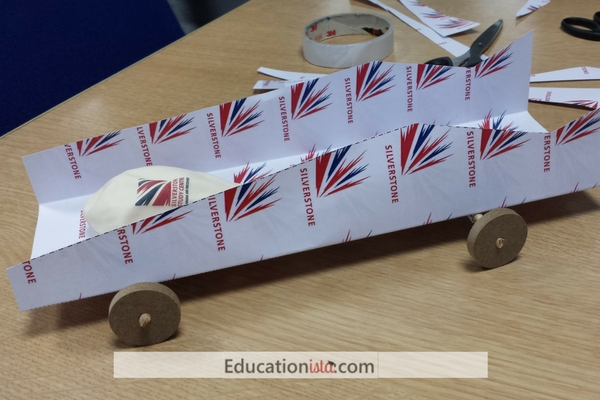