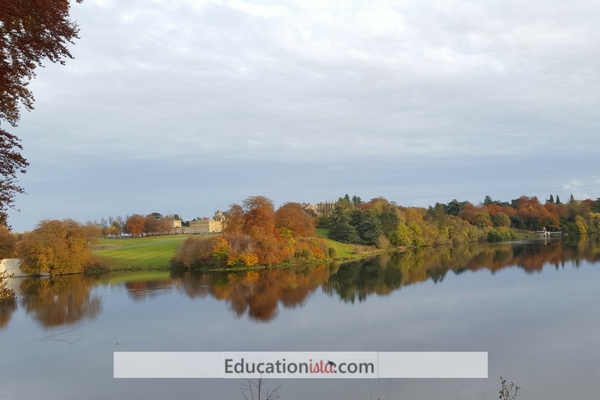 Our day started by assembling at Flagstaff, a convenient area to congregate before entrance to the Palace itself.  (Before we visited, I was concerned that over one hundred of us would all be crowded in a small area or that it would be in an obscure location - however both these concerns turned out to be completely unfounded)

A tour guide led each group of roughly 30 children and adults (the groups were allocated prior to the day, for speed and convenience).  We progressed through the rooms as each guide pointed out various items of interest or explained the history of the room.

The Children's Tour is a general introduction to Blenheim Palace and is especially good for primary-aged children, although it is also offered at secondary level.

The Churchill Tour is relatively new to Blenheim's educational offering.  It offers a slightly different perspective and focus to GCSE Modern World History.  It covers Winston Churchill's birth, childhood visits to Blenheim, social history of the time and some general history of Blenheim.

All the guides were knowledgeable and coped well with multi-age groups and varied questions from the children. 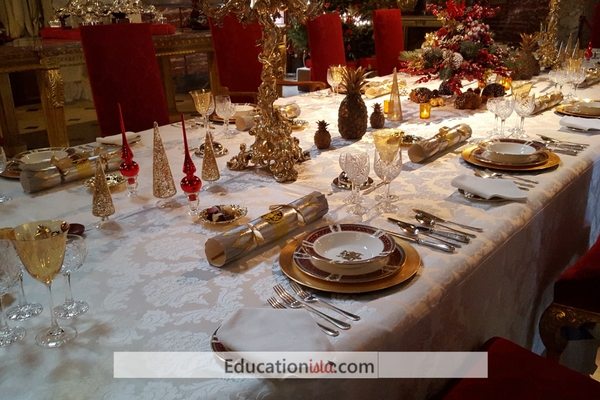 After lunch, the Education Officer (who is a former headteacher) gave a business studies talk (this would normally be conducted as a tour, but at her suggestion, she gave a talk in one of the rooms instead, since we had already had a tour that morning).  She gave practical examples of how Blenheim Palace operated as a business, drawing on examples in marketing, event management, tourism.

This being a home-education group, there were a higher ratio of adults and the guides took questions from the adults, too.

Blenheim Palace is open to the public and public tours take place alongside the education/school tours.  After the formal education tours are concluded, groups are able to see the palace (if your ticket permits) and grounds at the group's leisure.  On the first floor of the palace, there is an animatronics exhibit of the palace's history which is particularly good for children up to around 12 years of age.

Both the palace and the grounds are impressive and it is impossible to do them justice in one visit.  Charges are "per-head" We had low-season tickets for the palace, park and gardens, which we were able to convert to annual passes.  Prices are less for park and gardens access only.

Update - On 26 April 2016 we returned for a World War I (Primary) and Media Studies (Secondary) Tour.  The Media Studies tour was interesting, although slightly disjointed due to the change in guides.  We were told about the filming of scenes in the courtyard and the library for the Spectre (James Bond), the bridge for Cinderella (Disney), the flashback scene in Harry Potter, to name a few and included lots of interesting anecdotes.  The delivery was generally humorous and lively.

We were unfortunately unable to return for a third time in summer term, due to the unavailability of the bottling plant tour. 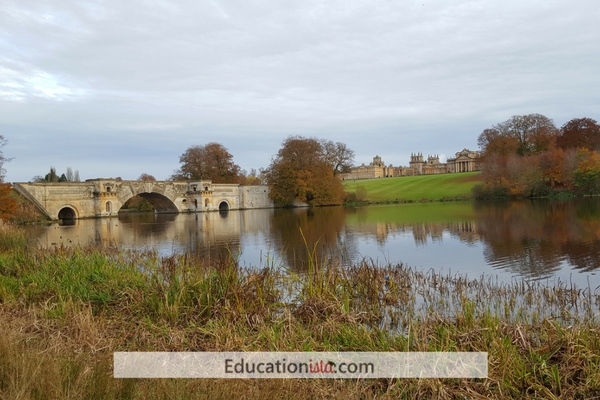